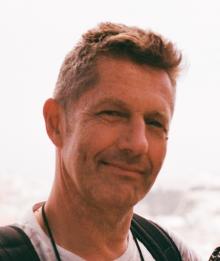 My BSc in microbiology was from The University of Bristol, UK (1980), and PhD in virology and immunology of HSV-1 infection from The University of London, UK (1985). Postdoctoral studies on the interaction of HIV-1 with CD4 were with Peter Beverley at University College London UK, and Richard Axel at the HHMI, Columbia University NY. In 1992 I took up a tenured post as CNRS Director of Research (DR2) at the Centre d’Immunology in Marseille France, where I worked on HIV-1 envelope glycoprotein structure, function and interaction with neutralizing antibodies. After a sabbatical in Geoff Smith’s lab at the Dunn School of Pathology Oxford in 1998, I took up the post of Senior Lecturer at Imperial College in 1999. In 2003 I joined Oxford University where since 2006 I am Professor of Immunology at the Dunn School and Tutorial Fellow at Magdalen College. Current research interests are in three broad areas: i) the mechanisms by which HIV-1 spreads cell-to-cell; ii) designing strategies to elicit HIV-1 broadly neutralizing antibodies by vaccination; iii) effects of post-translational protein modification on activation of the adaptive immune system. I have ~200 publications, >15,000 citations and an h-index of 66. I teach infection and immunity to undergraduate medical and biomedical science students, and coordinate the Infection FHS Option.